BP announced that it is developing plans for the UK’s largest blue hydrogen production facility, targeting 1GW of hydrogen production by 2030. The project would capture and send for storage up to two million tons of CO₂ per year, equivalent to capturing the emissions from the heating of one million UK households.

The proposed development, H2Teesside, would be a significant step in developing ‎BP’s hydrogen business and make a major contribution to the UK Government’s target of developing 5GW of hydrogen production by 2030.

With close proximity to North Sea storage sites, pipe corridors and existing operational hydrogen storage and distribution capabilities, the area is uniquely placed for H2Teesside to help lead a low carbon transformation, supporting jobs, regeneration and the revitalization of the surrounding area. Industries in Teesside account for over 5% of the UK’s industrial emissions and the region is home to five of the country’s top 25 emitters. 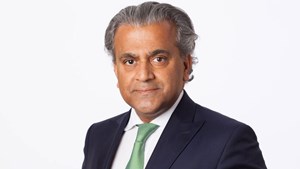 Dev Sanyal, BP’s executive vice president of gas and low carbon energy said “Clean hydrogen is an essential complement to electrification on the path to net zero. Blue hydrogen, integrated with carbon capture and storage, can provide the scale and reliability needed by industrial processes. It can also play an essential role in decarbonizing hard-to-electrify industries and driving down the cost of the energy transition.

“H2Teesside, together with NZT and NEP, has the potential to transform the area into one of the first carbon neutral clusters in the UK, supporting thousands of jobs and enabling the UK’s Ten Point Plan.”

The project would be located in Teesside in north-east England and, with a final investment decision (FID) in early 2024, could begin production in 2027 or earlier. BP has begun a feasibility study into the project to explore technologies that could capture up to 98% of carbon emissions from the hydrogen production process.

With large-scale, low cost production of clean hydrogen, H2Teesside could support the conversion of surrounding industries to use hydrogen in place of natural gas, playing an important role in decarbonizing a cluster of industries in Teesside.

UK Energy Minister Anne-Marie Trevelyan, said “Driving the growth of low carbon hydrogen is a key part of the Prime Minister’s Ten Point Plan and our Energy White Paper and can play an important part in helping us end our contribution to climate change by 2050. Clean hydrogen has huge potential to help us fully decarbonize across the UK and it is great to see BP exploring its full potential on Teesside.”

"Clean hydrogen is an essential complement to electrification on the path to net zero. Blue hydrogen, integrated with carbon capture and storage, can provide the scale and reliability needed by industrial processes."

Blue hydrogen is produced by converting natural gas into hydrogen and CO₂, which is then captured and permanently stored. H2Teesside would be integrated with the region’s already-planned Net Zero Teesside (NZT) and Northern Endurance Partnership (NEP) carbon capture use and storage (CCUS) projects, both of which are led by BP as operator.

The project’s hydrogen output could provide clean energy to industry and residential homes, be used as a fuel for heavy transport and support the creation of sustainable fuels, including bio and e-fuels.

The project would be developed in stages, with an initial 500MW of blue hydrogen capacity in production by 2027 or earlier and additional capacity to be deployed by 2030 as decarbonization of the industrial cluster and hydrogen demand gathers pace. BP sees potential for further hydrogen demand in Teesside beyond 2030.

Aiming to accelerate the development of the hydrogen cluster, BP has made a number of agreements with possible partners.

BP has agreed a memorandum of understanding (MoU) with Venator, one of the largest global producers of titanium dioxide pigments and performance additives, to scope the supply of clean hydrogen to its flagship Teesside plant.

BP has also agreed an MoU with Northern Gas Networks (NGN), the gas distributor for the North of England, to work together to initiate decarbonization of the gas networks in the UK, helping to further decarbonize both industrial customers and residential homes through its gas network.

"Driving the growth of low carbon hydrogen is a key part of the Prime Minister’s Ten Point Plan and our Energy White Paper and can play an important part in helping us end our contribution to climate change by 2050."

Mark Horsley, Chief Executive Officer at NGN said “It’s fantastic to see BP planning to invest in hydrogen production at Teesside, placing our region at the forefront of a green recovery. Ahead of COP 26 in November, collaborations such as this demonstrate the scale of the ambition to meet the net zero challenge and support the UK’s transition to a zero-carbon energy system. We’re very excited to be working with BP to explore further the potential of a hydrogen gas network to play a lead role in industrial and domestic heat decarbonization.”

Separately, BP has also signed an MoU with Tees Valley Combined Authority (TVCA) to explore the potential for green hydrogen in the region, including the development of Teesside as the UK’s first hydrogen transport hub, as announced by the UK’s Department for Transport in September 2020. Green hydrogen is produced by the electrolysis of water, powered by renewable energy.

Tees Valley Mayor Ben Houchen said “With our expertise in chemicals and processing, Teesside has developed an enviable reputation around the globe as the go-to place to develop hydrogen as a fuel source. The announcement by BP underlines this position.

“Growing the clean energy sector across Teesside, Darlington and Hartlepool is a key part of my plan for jobs, a plan that is delivering the clean, high skilled, well paid jobs which are essential for our future. This is a huge vote of confidence in our region and puts Teesside at the forefront of efforts to achieve the government’s ambitious target for the UK to be the world’s first major economy to be net zero, by 2050.”

The development of businesses in emerging technologies such as ‎hydrogen and CCUS is an integral part of BP's strategy of ‎transforming to an integrated energy company.‎ Hydrogen is expected to play a critical role in decarbonizing the ‎power, industrial and transport sectors, especially those that are hard- or ‎expensive-to-electrify.

Last year, BP and Ørsted signed a Letter of Intent (LOI) to work together to develop a ‎project in Germany for industrial-scale production of green hydrogen, made by the electrolysis of water using ‎renewable power.

HS2 Ltd says that ‘Florence’ and ‘Cecilia’, the two giant tunnelling machines excavating the high speed rail project’s longest tunnels, have passed the halfway point on their 10 mile journey under the Chilterns.   The enormous 2,000 tonne machines have spent the

Network Rail has announced AmcoGiffen, Octavius, BAM Nuttall, Morgan Sindall Infrastructure, and Taylor Woodrow will be among their trusted suppliers involved in delivering Wales and Western region’s £2bn programme of works over the next eight years.   The six contracts play a

Hundreds of kilometres of new interconnecting pipelines – stretching from North Lincolnshire, through Cambridgeshire, to Suffolk and Essex – will be laid as part of the scheme.   The Bury St Edmunds to Colchester pipeline will run for 68km and includes new above-ground assets in

My client is a tier 1 main contractor in the water sector and they are looking to recruit for HSQE Advisors for a range of key projects across South East London HSQE Advisor • Continuous Read More...
UK Central Government, London, UK
to £10 per hour

This contract with our defence client is for a Labourer/General Hand for 4 months. The role is located in London. Job Description: Some of the responsibilities for this role include: • Read More...
UK Central Government, West Malling, UK
to £14.96 per hour

This contract with our central government client is for a Facilities Management Assistant for 4 months with a possibility of extension. The role is located in West Malling and is site based. The pay Read More...
Search Looking for jobs?
Video

Network Rail has awarded the £50M design and build contract for the restoration of the abandoned Portishead Branch Line to VolkerFitzpatrick....

Morgan Sindall has secured the job to build a major new train maintenance depot for the Docklands Light Railway in East London with an £88m bid....

Milestone Infrastructure has secured a £300m deal to deliver highways maintenance over the next five years for Wiltshire Council....

Protecting modern railway infrastructure from cyberattacks is imperative and in many cases overlooked or neglected in the push for digital transformation.

Railtex, the International Exhibition of Railway Equipment, Systems & Services, will take place from 9th – 11th May 2023 in Birmingham.

The only exhibition to bring the entire rail industry together in a real railway environment.

Find a new engineering job in the UK with Anglo Technical Recruitment. Browse permanent or temporary roles including jobs in IT, water, construction, civil, railways, energy and building services sectors.

To Continue Please Login or Register